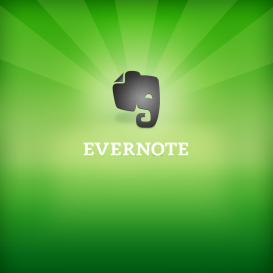 Previously, I had given a brief overview of Evernote and what it offers at a time when I was just playing around with it, promising to delve more into my experiences after I got serious with the program. That day has come, and I just have to say: I’m in love. Evernote is not just a lifesaver, but a time saver, particularly when you work on multiple devices. Though I have not used the software for this purpose, I can also see it being incredibly useful for collaborative purposes — and while I would love to test it (I am interested in giving co-authorship a try), I don’t foresee the opportunity arising anytime soon, but I am interested in hearing others’ experiences on using Evernote for this purpose.

The majority of my use of Evernote has been with the SciFi Novel’s cursory edits. Since that book is still relatively fresh to me, compared to my fantasy novel, I’m not as familiar with all the locations, characters or terms used in it — and so Evernote enters. It remembers everything. I have notes for species/aliens, factions, planets, terms and so on all in Evernote. And because of this, I don’t have to go hunting through the manuscript hunting for spellings or names.

What sweetens the deal is the maneuverability. I work equally between my desktop and laptop. With Evernote, I don’t have to fight with a flashdrive; no, I just launch a program. Additionally, if I’m struck by brilliance and don’t have my laptop or a pad of paper with me, I can access Evernote via my smartphone and jot it down. This came in handy when I had time to kill before a movie and I was at Martin’s inside Starbucks. In that time span, I was able to jot down a rough summary of SciFi book No. 2, the first one’s sequel. Afterwards, I did not have to worry about exporting those notes from my smartphone, thanks to Evernote.

I would say Evernote really sped up my cursory revisions just by allowing me to stay organized and easily look up a word. The only downside was that I grew lazy, particularly because I would reach a point where I did not want to switch back and forth between Word and Evernote — I just wanted edits done. However, when I do the print-out, I will fill in those words that I did not put in Evernote. So, it really isn’t a big deal.

Evernote Web Clipper is an add-on that you can download for your Web browser; it comes in handy if you happen to be doing a lot of online research, or just happen to spot a photo that you would like to incorporate into a description. You just click the little elephant icon and go from there  (a full rundown on its use can be found here). While I have Web Clipper installed, I have not used it very often, just here and there when I spy an article or resource for my historical fiction novel that I’ve been batting around in my head.

Another plus for me is the ability to create graphs. I have used graphs for almost all of my notes — I like to be thoroughly organized, what can I say? But on a more practical note, I started using Evernote to track my submissions for various pieces. This has been helpful when it comes to remembering who I have sent a piece to and what their reception to it was.

Overall, Evernote is a writer’s best friend. If you have had difficulties in the past staying organized with your notes, Evernote just might be the answer to that problem. Best of all its free, so you are not out anything by giving it a try. Of course, there is also a premium edition that you can pay for (and really it’s not that expensive, just $5 a month), but I think most writers will be fine with the free version.

So give Evernote a try and feel free to share your own experiences with it as a writer.

Sarah Wright is the author of The Heritage Lost Series and several other works of speculative fiction. Professionally, she works as a staff writer and editor at a newspaper/magazine company. She enjoys interweaving her love of history into her writing, even in the most fantastic settings. View more posts

This site uses Akismet to reduce spam. Learn how your comment data is processed.